It seems that my posts are becoming meatier by the day as I convinced my other half to book Hawksmoor for breakfast, based on their ‘Full English breakfast for two’…

It sounds incredible right? Whats the catch? Well, it’s only available on weekdays at the Guildhall branch. Which is a bit of a pain if you work! However it does start at 7am so I braved an early start and headed down there. And when I say down there it really is, as the Guildhall Hawksmoor is underground, a windowless and wood panelled room where men come to enjoy their meat. In London steak houses it is rare to find a group of women, and in the city fewer still. Nevertheless, we settle down in a booth and glance at menu before ordering the inevitable. 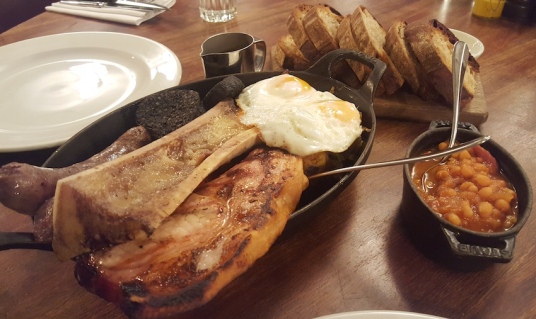 Out it comes in true Hawkmoor style, a meat over load in cast iron dishes. We both stare at it for a moment before we cautiously dig in. I start with the trotter baked beans filled with meaty chunks, Heinz will only disappoint me now. We each take a sausage and an egg before I start to cut the smoked bacon chop off the bone, which I promptly start to gnaw on. The sausages were, well if I haven’t used the word enough, meaty, if you are used to beef sausages then you know what to expect, darker, denser, much less fatty, and all round tastier. And the black pudding, well it’s so soft you can barely scoop it out of the pan. 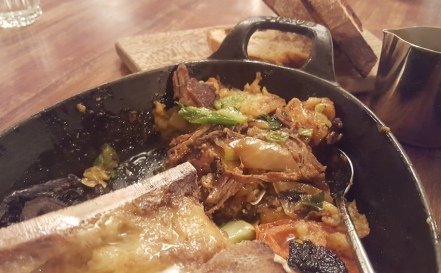 With the meatiest parts to one side, underneath you will find some tomatoes, mushrooms and short rib bubble and squeak. The bubble and squeak can’t be missed, already meat juice soaked and then with bone marrow scrapped out and layered on, the tomatoes and mushrooms were forgotten about.

The breakfast for two is £36 and for this mountain of quality meats cooked so well I certainly enjoyed it. Hawksmoor have certainly put their stamp breakfast!

What to eat in East 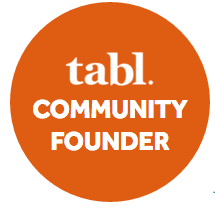